Dubailand was announced on October 23, 2003, and was part of a vision by the Emir (basically the king) of Dubai, Sheikh Mohammed bin Rashid Al Maktoum. It was stated that “Dubailand is tourism, real estate, hospitality, entertainment, leisure and retail mega project under development in Dubai, United Arab Emirates. It will cover an area of 3 billion square feet and its initial infrastructure will be built at a cost of $64 Billion. The Dubailand theme park area will contain 45 mega projects and over 200 sub-projects, making it the most ambitious tourist destination ever created.

Dubai land is being created to appeal to the widest audience of tourists, covering all age groups, nationalities, and activities. On completion, Dubailand will be twice the size of Walt Disney World Resort in Florida, making it the biggest theme/amusement park resort in the world.

Dubailand is being built in 4 phases, each of which will last for 5 years. The first phase of development, from 2005 to 2010, will include the development of initial roads and infrastructure. After this planning permission was granted to start on many of the projects, these included theme parks, shopping malls, hotels, housing areas, and golf courses. Most of this started construction and only a few got finished. However, something went wrong.

Due to the global financial crisis of 2008 several mega projects in the area had been put on hold, including Dubailand, this came at a bad time, as lots of money had already been spent preparing for it. Only for it to end with no end result. As a result of it, virtually all of the staff and workforce were fired, with people leaving the city rapidly.

Yet despite this, some projects continued to be made, some new ones even got announced but didn’t happen and at this point, Dubai Properties Group took over Dubailand from Tatweer (the previous owners), resulting in some companies such as Six Flags, dropping out of the area.

Well, the project still is going on. Some of the lands were sold, just to stay alive, but the area is still massive. But some Projects like Dubai Miracle Garden and IMG Worlds and a few more have been completed.

The Dubai Miracle Garden occupies over 780,000 sq ft of the area making it the world’s largest natural flower garden featuring over 50 million flowers and 250 million plants. The garden is maintained by re-use of treated wastewater through the drip irrigation method. The garden is opened from the month of October to April every year and remains closed from May to September due to high temperatures.

Well, Dubai has recovered faster from the financial crisis than most other countries and now its economy is growing at a higher rate than its counterparts because of its zero-tax policy and economic free zones. Construction resumed in mid-2013 and $55 billion has been raised towards the works. Current estimates predict that a lot of Dubailand will open before 2025. We hope it opens soon. 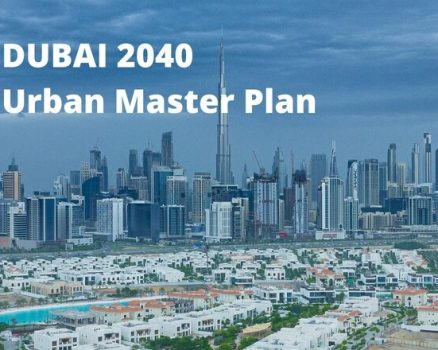